Adin Đonlić was born on 6 April 1992 in Zvornik. He has been residing in Tuzla, where he completed elementary school and the Grammar school. In 2010 he enrolled at the Faculty of Law, University of Tuzla, and graduated in 2014 amongst the most successful in his class.

From April 2015 to April 2017, he worked for Amir Morankić, a lawyer from Tuzla, as a legal trainee. After meeting requirements for taking the bar examination, he passed it in May 2017 before the Ministry of Justice of the Republika Srpska. Since July 2017 he has been employed at the Law Office Stevanović, as a professional associate. In June 2020, he passed the bar examination before the Bar Association of the Federation of Bosnia and Herzegovina. He is very computer literate, speaks English and has been a class B driver since 2010.

His areas of legal interest are criminal and civil laws. 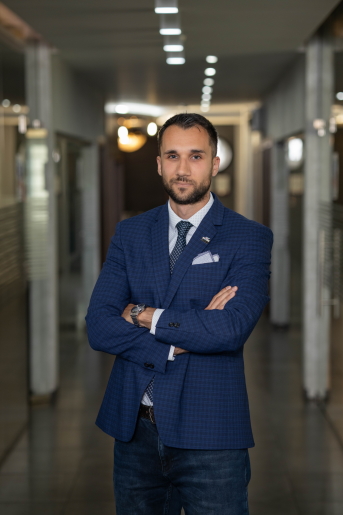